Members of Cantores Olicanae and the Two Rivers Concert Band were performing Christmas carols on Ilkley bandstand when they were joined by cycling Santas, to the delight of performers and their audience. 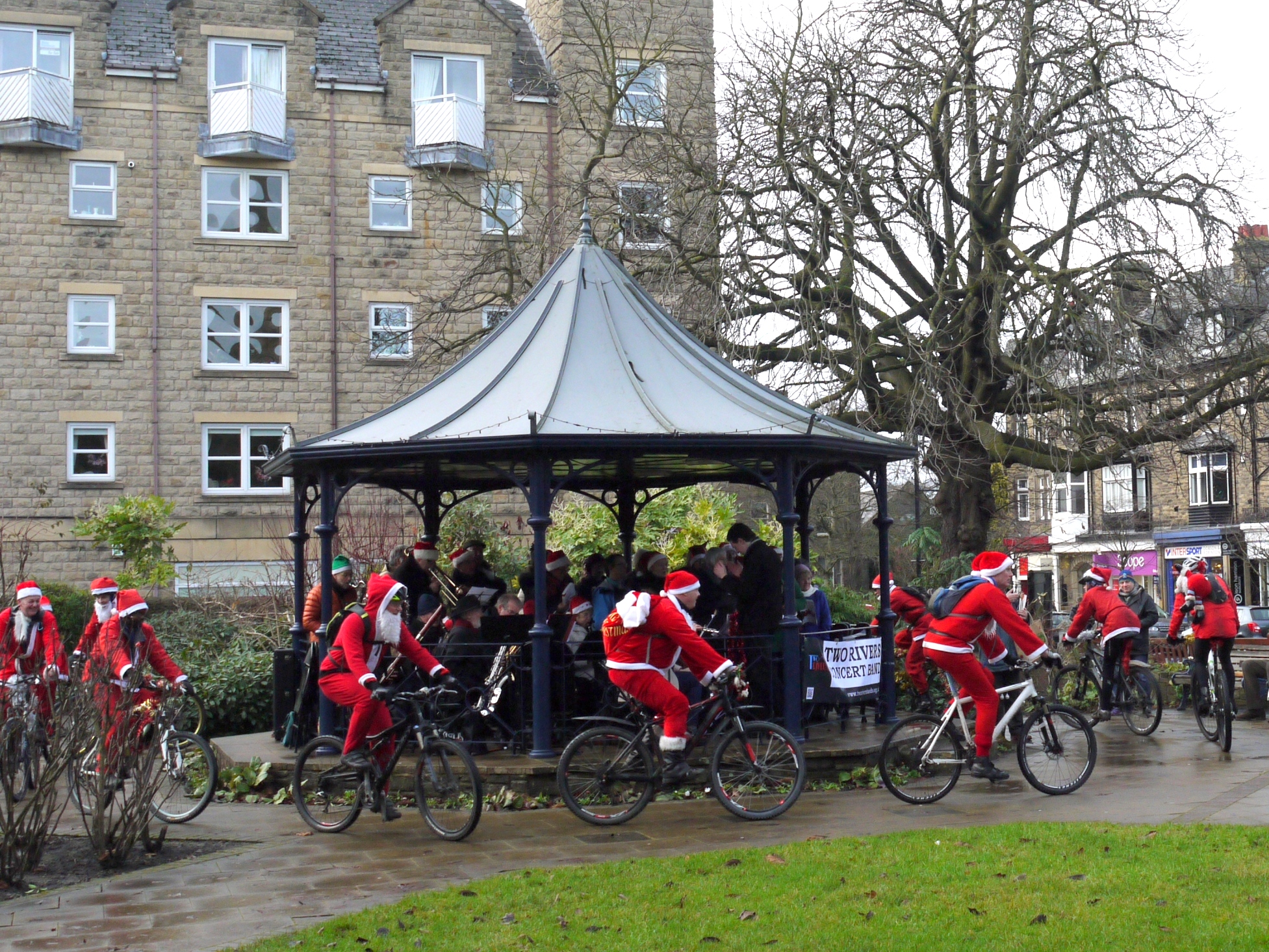 The choir sang Santa Claus is coming to town as the Santas made several circuits of the bandstand before cycling off along The Grove. 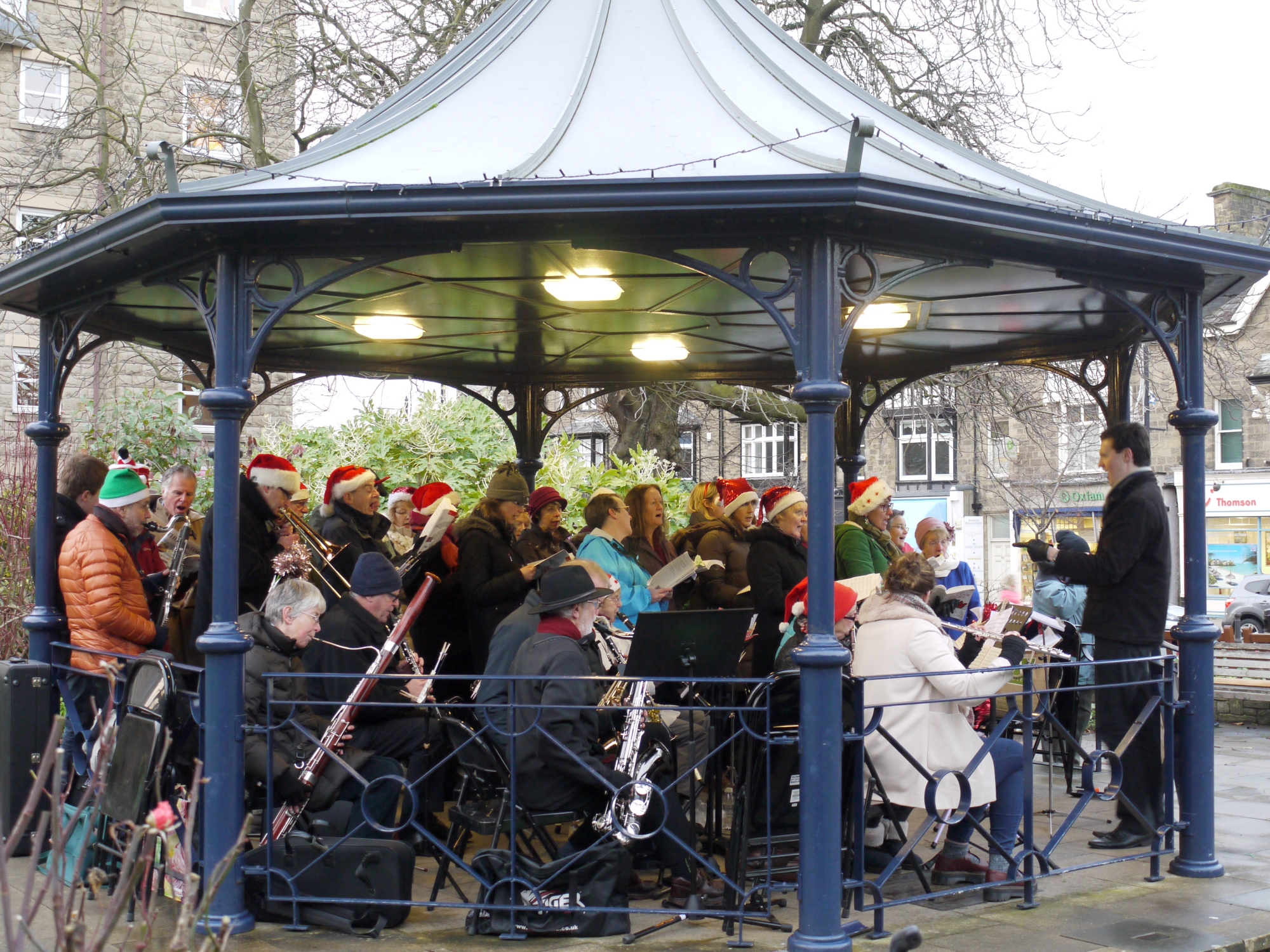 The 90 minute session of carols and festive music entertained shoppers on The Grove, in the centre of Ilkley, on the last Saturday before Christmas.

A collection was made for Foundation UK, a Leeds based charity that helps vulnerable young people.