Welcome to the home of Cantores Olicanae.

We are a mixed-voice choir of approximately fifty singers, established in the 1970s in Ilkley, West Yorkshire.

We rehearse and perform under the expert guidance of our Musical Director, Rory Johnston, with orchestral or organ/keyboard accompaniment and with invited soloists.

Our concerts are held in a range of venues in and around Ilkley and we welcome amateur singers from all surrounding areas. Rehearsals are held on Tuesday evenings at St Margaret’s Church, Queen’s Road, Ilkley, 7.30 – 9.30pm. If you’re interested in joining us, please click here for more details. 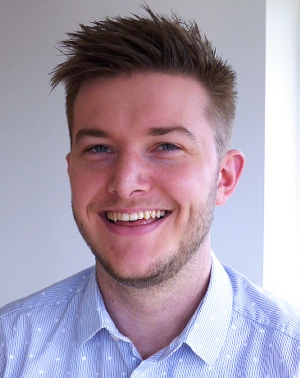 Rory is a conductor, composer, tenor and pianist from Bradford-on-Avon near Bath. Rory read Music at the University of Manchester, graduating in 2016 with a First Class degree. He is staying on at the University to work towards a MusM Masters degree in Instrumental Composition with Camden Reeves.

During his time at as an undergraduate, Rory was heavily involved with the Music Society, conducting both the choirs (University Chorus, Cosmo Singers and Ad Solem) and the orchestras (Symphony Orchestra, Chamber Orchestra, Wind Orchestra and the New Music Ensemble) for his second and third years, culminating in a performance of Arvo Pärt’s Adam’s Lament for Choir and String Orchestra. In his final year he was appointed the Musical Director of the University’s Chamber Choir, Ad Solem, enjoying a successful year of concerts and recordings.

As a pianist and tenor, Rory has performed in many capacities. A treble in the Bath Abbey Choir from 2003-2008, his last two as Head Chorister, he re-joined the choir as a Tenor in 2011, going on to sing in live broadcasts on BBC Radio 3 and 4, as well as on the choirs CD recordings. Rory studied piano with internationally renowned harpsichordist Sophie Yates from 2003-2013, with whom he studied for his dipABRSM piano diploma. Under her tutelage Rory twice participated in piano masterclasses with Joanna MacGregor, one of which lead to a performance of Debussy on one of Rachmaninov’s pianos held at the Holburne Museum in Bath. Whilst at University, Rory studied piano for two years with Richard Casey, before focussing on conducting under the mentorship of Justin Doyle and Mark Heron.

Currently, Rory is the Musical Director of Cantores Olicanae, The Brixi Singers, as well as continuing to support the University Music Society as a choral conductor whilst completing his Masters Degree. He is also the founder and Musical Director of the Manchester Renaissance Ensemble, a choir and pool of instrumentalists focussed on the performance of early music.

Born in 1984 and hailing from West Yorkshire, UK, Robert studied the organ at the Royal Northern College of Music with Darius Battiwalla, where he graduated in 2006. Excelling on both classical and theatre organ, Robert has performed extensively throughout the UK on both instruments, including London, Manchester, County Durham and Wales. He has also performed in Indianapolis and San Francisco in the USA. Through his active involvement with the theatre organ, Robert has won numerous competitions on the instrument. These include the British Young Theatre Organist of the Year Competition (1996) and the Junior and Intermediate sections of the Young Theatre Organist competition (1998 and 2001 respectively), an event held annually by the American Theatre Organ Society (ATOS). Robert has also been very fortunate to receive scholarships from the ATOS in order to assist with his musical studies, as well as having been awarded the Ian Sutherland Award in 2003. Robert has been fortunate to perform in master classes given by such distinguished organists as David Briggs, Dame Gillian Weir and Olivier Latry and has also had lessons from Jacques van Oortmerssen in Amsterdam, where he studied the organ music of J.S. Bach. Since completing his degree, Robert has been working extensively as a freelance musician, regularly performing gigs and concerts across the UK. He has his own jazz trio, in which he plays piano, and uses this group as a vehicle for experimenting with new styles and sounds, whilst also performing more traditional jazz standards. Robert is inspired by the music of the Middle East ? particularly Sufi music ? and tries to incorporate these elements with jazz to form the basis of his own compositions. Most recently, Robert has been commissioned to compose the scores for various short international films, which has given him opportunity to develop further his passion for orchestration.

We were delighted to take part in the official Yorkshire Festival of Events for Le Grand Depart in July 2014. Alexander L’Estrange had been commissioned to write a choral work with a cycling theme and choirs from along the route were invited to perform it in York Minster with the Chapter House Choir under their conductor, Stephen Williams. This was a wonderful experience for all who took part. Click here for more details.

Over the last few years we have performed a number of major choral works, including:

…together with shorter pieces from the classical repertoire, by composers such as Britten, Purcell, Rutter, Elgar, Vaughn Williams, Haydn and Bach.

Our Carol Concert is always a traditional mixture of ancient and modern seasonal music and in June we perform a programme of a lighter vein, including songs by Gershwin, Bernstein, Cole Porter, Duke Ellington and Richard Rodgers.

It is one of the choir’s objectives to make choral music more accessible to the wider community. In this spirit, we run regular singing workshops where members of the public can come along for a light-hearted afternoon ‘having a go’! No experience is necessary and we hope people leave having experienced the joy of singing in a group.

Ernest Bradbury. It’s all his fault……

Many in Ilkley will remember Ernest as the Music Critic of the Yorkshire Post and contributor to the New Groves’ Dictionary, but he was also a Lay Reader at St Margaret’s at the time that Peter Jamieson (Founder and first conductor of the choir) was appointed Organist and Choirmaster. Ernest had mentioned that there had been a history of musical events at the church to celebrate St Cecilia, the Patron Saint of Music. Peter responded by presenting a number of small-scale recitals incorporated into Evensong on a Sunday afternoon.

Then the small-scale got a little larger and on 20th November 1977 the first concert proper took place. An orchestra of local musicians was assembled, the church choir was supplemented by a number of singers from Ilkley and Bradford and Cantores Olicanae was up and performing. In fact, the name did not appear on concert material until the following year, when the success of the occasion encouraged us to perform another four concerts.

1979 saw the centenary of the church, and the first of the “large” concerts. It was planned that the celebrations would begin with a performance of Messiah in September 1979 and end with a performance of The Creation. The choir invited singers from the larger choral societies in Bradford, Leeds and Ilkley to come along and sing and a number of these decided to stay. Thus the choir found itself experienced singers, who enjoyed singing on a smaller scale, but were up to the challenge of singing 6 or 7 concerts in a season.

There were early practical issues. There was panic at the first Messiah performance when it dawned on the organisers that extra lighting would be required for a choir of 80 voices, if they were even to see the music (or the conductor) on a late September evening. Everything from household standard lamps to photographic lights were used. Intervals brought the need for refreshments, so that the church hall became licenced premises, and the Vicar found himself amongst the ranks of the publicans.

Ambition grew, so that when concerts were arranged to raise money for the re-building of the church’s fine Hill organ, it was decided to invite a local celebrity to sing with us. Elizabeth Harwood, still in magnificent voice, sang Handel and, especially memorably, Vaughan Williams’ Benedicite with choir and orchestra, the first of a number of notable soloists to perform with Cantores Olicanae.

The orchestra was growing along with the choir, and played an important part in the programming. A network of professional musicians and students was established, and despite the occasional hiccough (often with the brass!), a very good and reliable sound came from the band. Its leader for a couple of seasons was Ian Belton, better known now as a founder member of the Brodsky Quartet. Cantores Olicanae associated itself with the Ilkley Young Musicians Competition, offering a concert date for one of the winners. Sometimes this was a vocalist, but more often an instrumentalist, who performed a concerto with the orchestra, which had now become the Ilkley Sinfonietta.

The choir settled down to a size of about 40 voices, ideal for the classical repertoire and modern works. The mighty works of the Romantic period were, in the main, left alone, but Brahms and Dvorak were regularly performed. 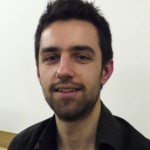 Jonathan was born in Bradford and honed his musical skills working as an accompanist with local operatic societies. He went on to study music at the University of Manchester, where he gained a first class degree in music and was awarded AHRC funding for a master’s degree in composition, for which he gained a distinction. Jon recently completed a PhD in Composition at the University of York, which focussed on techniques for merging contemporary jazz and classical music. He has a strong interest in American music and is currently working on transcriptions of Charles Ives’s piano music with musicologist William Brooks.

Jon enjoys a busy schedule as a conductor, composer and pianist. He was selected to partake in the European Composers’ Professional Development Scheme, giving him the opportunity to compose for the Nieuw Ensemble in Amsterdam, and was shortlisted in the Britten Sinfonia Opus 2013 composer’s competition. He is one of four composers chosen for the London Philharmonic Orchestra’s Leverhulme Young Composer Scheme 2014/15, leading up to the premier of a new work on June 10th 2015, which will be conducted by Finnish composer and conductor Magnus Lindberg.

Jon frequently works with some of the most exciting young jazz musicians in the UK. His recent collaboration with Threads Orchestra, ‘Ranch’, was described by ‘All About Jazz’ as ‘enigmatic and defiant of categorisation’. His jazz group, ‘Stoop Quintet’ recently performed at The Vortex jazz club in London and have been selected to play on the Queen Elizabeth Hall Freestage in the London Jazz Festival this coming November. He also collaborates with the experimental vocal duo ‘Tryst’, and has performed with them in (Old) York, New York and Dublin.

As a conductor, Jon works mainly with choirs but has also conducted a number of orchestral works and specialises in the performance of contemporary music, recently conducting John Adam’s Chamber Symphony and Per Norgard’s ‘Voyage into the Golden Screen’ at the University of York. He was conducting scholar with Huddersfield Choral Society and has recently been invited back to the Choral to lead rehearsals.

We would love to keep you up to date on all our activities, and to give you advance notice of our concerts. Please use our Contact Form to join our mailing list